Elizabeth has been playing the viola for eight years and has been a member of Thornton’s Orchestra for three years. She also took Piano Lab as a Freshman. “Music gives me an escape—I can express myself. It feels genuine and completes me,” she said. The most challenging part of playing the viola for her is that “it’s very technical; there are so many things to think about.” Elizabeth competed at the All-State festival last year at the University of Maine as a principal musician.

Thornton Academy has a “comprehensive program that supports students at all levels to achieve and reach for the stars,” said Mrs. Wilkinson, who has been teaching at TA for 19 years. Having a student recognized at the national level “really puts Thornton Academy on the map.” 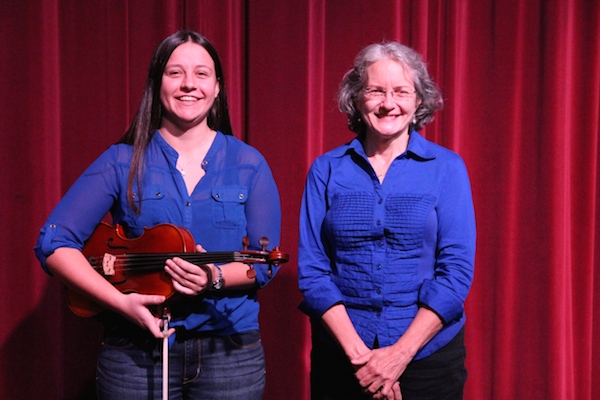 Mrs. Wilkinson was proud to nominate her student for this distinction: “Elizabeth is extraordinarily dedicated—it doesn’t matter what she’s playing, she is 100% in. Elizabeth may have gone undiscovered—that’s why we have to support arts programs. She was born a violist.”

The daughter of Robin and Michael Roy, of Saco, Elizabeth enjoys science and math, is a member of the Neuroscience Club, and volunteers with the Action Team. She would like to be a member of a quartet. “Music will always be a part of my life,” she said. 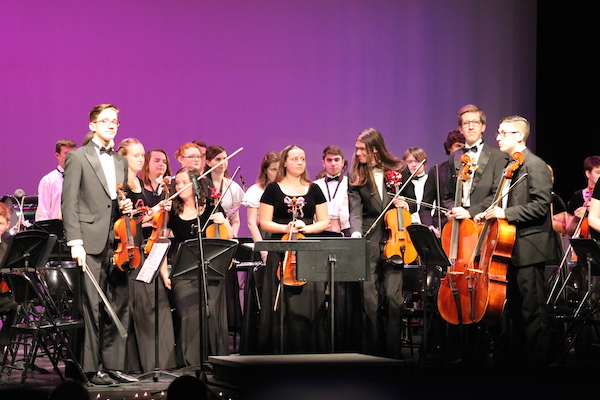 Mrs. Anne Wilkinson holds a Bachelor of Music in Cello Performance from Western Michigan University and a Master’s in Music Education from the University of Southern Maine. She has been a member of the Kalamazoo Symphony Orchestra, Youngstown Symphony Orchestra, and the Warren Chamber Orchestra, all in the Midwest. After moving to Maine in 1984, she developed a string program in the Saco and Dayton Schools, which now numbers over 250 students. In addition to her position as Orchestra Director for Saco Schools, Mrs. Wilkinson is a part-time faculty member at the University of Southern Maine, and is the Orchestra co-chair for the York County Junior High Festival and the District 1 Honors Music Festival. She has been on the faculty at the UMO Summer Youth Music Camp and the Thornton Academy Arts Camp. She is a frequent guest conductor for regional music festivals, low string adjudicator for the All-State Music Festival, plays in a string quartet, and performs regularly in local orchestras and chamber music ensembles. Mrs. Wilkinson has been on the faculty of the Southern Maine String Camp since 1993 and has served as the Director since 2000. 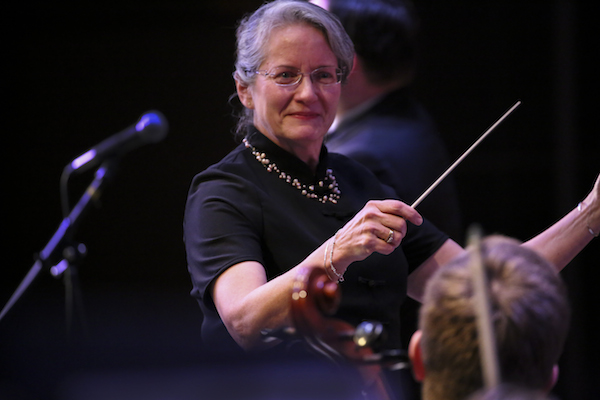 For more information about the All-National Honor Ensembles, visit: http://www.nafme.org/programs/all-national-honor-ensembles