More than 800 of the most musically talented high school students in the Eastern region of the United States have been selected to perform in the 2017 NAfME All‑Eastern Honors Ensembles.

Elizabeth Roy of Thornton Academy in Saco, Maine, has been selected to perform in the All-Eastern Honors Orchestra. With assistance from music teacher Anne Wilkinson, this exceptional student will prepare remarkably challenging music to perform under the leadership of prominent conductors in this biennial event. Students will spend three days rehearsing with one of five conductors during the Eastern Division Conference of The National Association for Music Education to be held in Atlantic City, New Jersey in preparation for performances on April 7 & 8, 2017.

Elizabeth has been playing the viola for eight years and has been a member of Thornton’s Orchestra for three years. She also took Piano Lab as a Freshman. “Music gives me an escape—I can express myself. It feels genuine and completes me,” she said. The most challenging part of playing the viola for her is that “it’s very technical; there are so many things to think about.”

The NAfME All-Eastern Honors Ensembles, consisting of a concert band, symphony orchestra, mixed chorus, treble voice chorus, and jazz ensemble, are organized by members of The National Association for Music Education. The concert band and symphony orchestra will each have approximately one hundred fifty instrumentalists, the jazz ensemble will have twenty instrumentalists, the treble voice chorus will have one hundred twenty vocalists, and the mixed chorus will have approximately three hundred fifty vocalists. Student participation from each state is determined by a percentage of the total NAfME Eastern Division membership, with no state given less than two percent representation.

Each of the state music educators associations in the Eastern Division (CT, DC, DE, MA, MD, ME, NH, NJ, NY, RI, PA, VT, Europe) oversee the selection process in their state during the Spring and early Fall of the year before the event and compile ranked lists of recommended juniors and seniors for consideration.  The method used to compile the lists varies from state to state, although all recommended students must have participated (or will be participating in) their home all-state festivals.

The committee builds the ensembles from the state presidents' ranked lists, trying to mimic the state population percentages in each group. The Jazz Ensemble, due to its size and instrumentation, is formed to represent every state in the division.

The 2017 NAfME All-Eastern Honors Ensembles will perform for an audience of thousands on April 7 & 8, 2017, in the Adrian Phillips Ballroom in Historic Boardwalk Hall, and the Atlantic City Convention Center (Jazz) in Atlantic City, New Jersey. For program and ticket information please visit www.nafme-eastern.org. 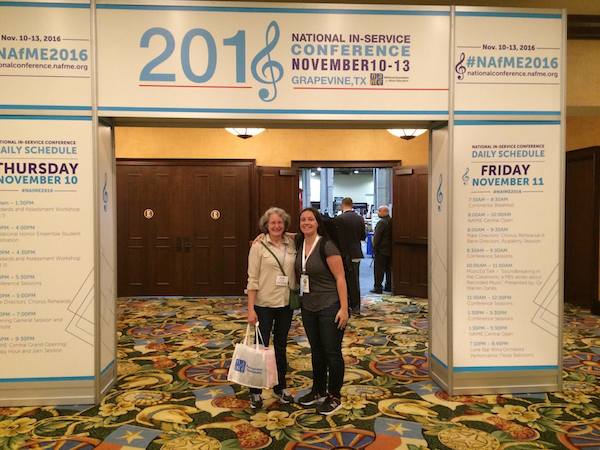 Thornton Academy has a “comprehensive program that supports students at all levels to achieve and reach for the stars,” said Mrs. Wilkinson, who has been teaching at TA for 19 years. Having a student recognized at the regional and national levels “really puts Thornton Academy on the map.”

Thornton Academy, founded in 1811, is a co-educational, independent boarding and day school serving grades 6 through 12. Located in the city of Saco, it is one of the nation’s longest operating independent schools and is an Apple Distinguished School. The Academy offers a diverse academic curriculum including more than 200 courses, a new $2 million STEM (Science-Technology-Engineering-Math) Center, an award-winning visual and performing arts program, competitive athletics, and a wide selection of extracurricular activities. For more information, visit www.thorntonacademy.org.